The Middle Ages were a time where people were dominated by the Church and faith. Life had to be conducted following the ecclesiastical rules, in reverence for God and in purity of soul. The aim of life was resurrection into heaven and eternal life. The only other option was agony in hell.

The Middle Ages have left us with an abundance of iconographical presentations of harps which inspire reconstructions. Unfortunately there are only very few original historical instruments, which are of great significance for the study of historical harps. 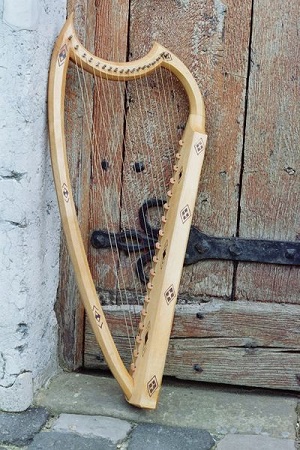 Instrument based on the Cologne artist Stephan Lochner’s altar screen painting “Mary in the Rose Garden”. 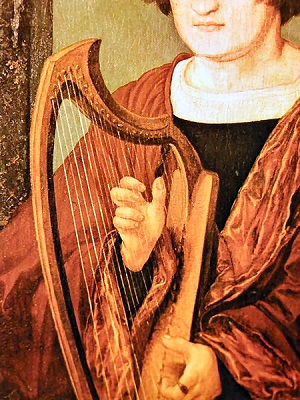 Instrument based on a portrait of Johannes Zimmermann by Ambrosius Holbein 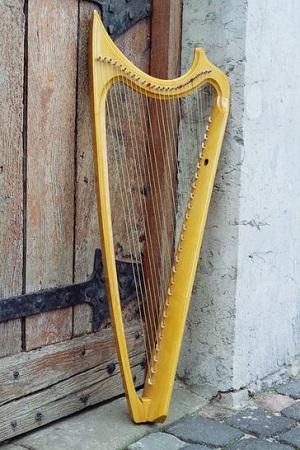 The so-called Nuremberg harp in the Germanisches Museum Nürnberg

This tall harp is depicted by Hans Memling on four of his altar screen paintings. The instrument illustrated must have been available for the painter as a model for his artwork, which is why I wanted to make this interesting harp accessible to musicians in the early music field. The reconstruction is based on the four iconographical depictions. 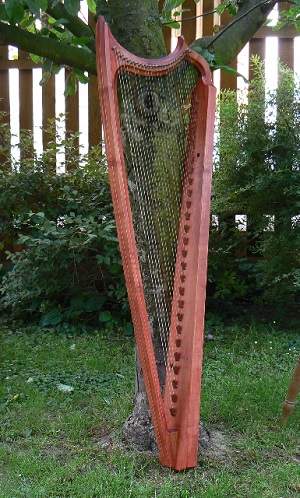 The harp has a strong bass tone and a fine, bright descant, which can be varied even more by the use of the bray pins. Mediaeval and renaissance music can be played equally well on this harp. Stringing can include an extra B flat in the upper octaves on request.