The metal strung harp of Ireland became well known in the 17th century on the Continent. The light, bell-like sound of the metal-strung instrument enjoys great popularity again today. I have researched three of these exciting harps and they are available as reconstructions.

Large Irish harp from around 1734 by John Kelly 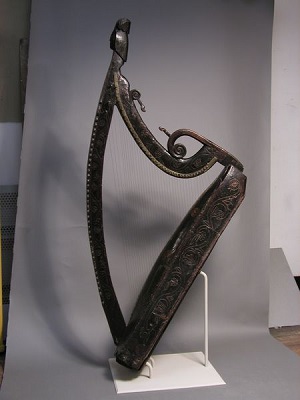 The harp shown here is the original instrument which is kept in the Boston Museum of Fine Arts.  It is one of the last Irish harps made and has survived as if by a miracle. It is decorated with rich punched ornamentation and carvings with a bust of Mary, Mother of God at the head of the column, which was almost certainly a request from the harp's owner Reverend Charles Bunworth.
My instruments are based on the original construction. 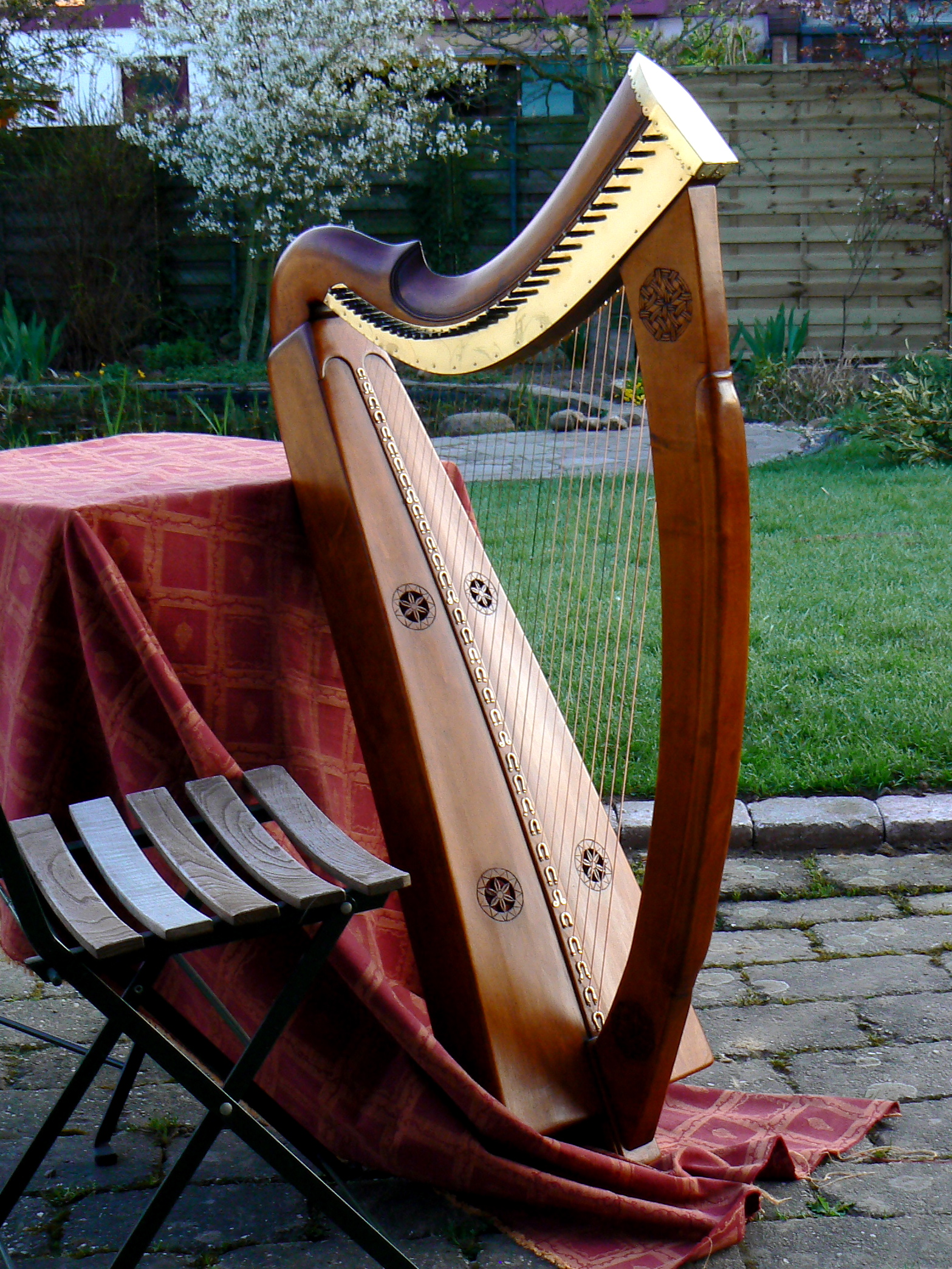 One of the most impressive surviving Irish clarsach/clairseach harps is the Castle Otway harp.  It was played until 1800 by Patrick Quin.  Edward Bunting knew him and wrote down his melodies.  I am fascinated by its early shape:  it is probably the last harp of this type before the harp finally began to be built taller with additional bass strings. I love its shape.  For the sake of the harmonic curve I have adjusted the neck shape slightly in my reconstruction.

The harp shown here has semitone levers at the customer's request.

Irish Harp of the 16th century

The famous Queen Mary Harp and the Brian Boru harp have similarities and stand for the early Irish harp up to about 1600 A.D., alongside other comparable iconographical evidence. Generally the harps have 29 strings: This instrument is a simple version with 30 strings.